Every shot in a CG production is made of assets built mainly by Modeling and Setup departments. These assets can be of any kind: character, props, environment, and the list goes on. The asset list can be roughly determined in the storyboard and become more precise at the layout step. But it is something that can change until the very end, even after rendering.

Every fabrication step requires a clear list of what is present in the scene to allow efficient among the departments. Which is why in the following, we will discuss the levels of precision you can have and in which case it can be useful to make transition smoother.

The most basic thing you can have is the list of assets that will appear in a shot. This list will be used mainly by the production managers. It will allow them to know which shots are impacted by a change on an asset. It is also a good way to estimate the importance of an asset all along the movie.

The casting is great for Pipeline TDs too. From that information, they can make a simple scene builder that will import automatically all the assets present in the scene. TDs can also help Production Managers to build the list with some tools. Because building this listing can take a lot of time.

List and number of assets present in a shot

The next information you can add is the number of assets present in the shot. It’s not very important for production management but it will make scene builders more accurate. The artist won’t need to duplicate an imported model and will be able to guess how complex the scene will be.

List of instance of assets present in a shot

The most accurate solution is to store an entry for each asset instance present in a shot. It can be cumbersome, so we recommend to use this solution only if you have enough time to do it properly.

With the instance list, you will have two new possibilities :

Listing all instances will bring a lot to your automation and communication. But it can make things more complex and will require a significant extra amount of work. So be careful when including this kind of data in your production.

In this article we covered the casting of a single shot. But sometimes you need to see the casting at a higher level : at the sequence level or at the episode level (especially for TV shows). Of course, you can apply the same principle as well, but the basic listing should be enough.

That’s it about casting! It may sound simple but it is a tedious thing to manage and it’s one of the most important information to share on a production. That’s why we decided to cover it. But we are certain that you probably have your own point of view about it. So feel free to share your opinion in the comments!

Did you like this article? We invite you to read our blog post about asset management and dependencies, it is related and could be helpful to understand how a good pipeline could save your production! 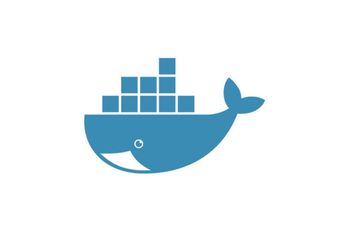