In a CGI production, the camera defines the shot. The background set, the props, the FXs and the animation of the characters are all related to it. And when it’s about motion capture, it’s event wider, it defines the whole sequence.

When you have a look at the characteristics of a camera, it becomes obvious:

One more thing you have to keep in mind is that these data will evolves during the lifetime of a production. Let’s dig deeper into it.

NB: Stéphane Deverly, on our Slack channel, mentions this attempt of standardization by the VES.

As you can see, building a camera is a slow process. At each steps of the movie, we add more information and features to it. And because things are not always simple in a production, there are back and forths for each steps.

Of course, each stage implies a validation from the supervisors, the director, and the client. Because, from the script to the layout, a client validation is required, it becomes more and more difficult to make changes over time.

But why would you change a camera? Here are a few reasons:

Who relies on the camera data?

Every team after the layout stage will need to use the camera.

The animation stage is the trickiest, because the camera can still change while we are late in the production. Sometimes it’s easier to move a bit the camera than animating all the assets of a shot. The FXs, the post-animation, the lighting, and rendering will need them too. They simply can’t work without it. It’s the starting point of their job.

Everybody takes advantage of the camera frame. For instance there is no point to do a FX out of frame, or a blendshape on a character when we only see his back. All kind of effects require high computation. So, avoiding rendering things out of range is often smarter. It’s the same when doing the lighting of the shot. We are at a polishing stage. It would be pointless to work on it if the camera was not the final one.
The rendering is the most expensive stage of a production. If you miss some frames it will cost you time because you will have to render them again and redo the compositing. If you have extra frames which won’t be used it’s also a waste of time and money: for the render farm and for the compositing artists.

Worst scenario, the camera is not the validated one and the shot is rendered and composited. The client will refuse the shot and you will have to do the render and compositing again at your own expense. No need to say how a bad communication around the camera to use can be a killer for a production.

That’s why we recommend you some good practices to secure the camera. Let’s go!

You need to track your cameras, period

As you noticed, you have to be very confident about your camera state. All the teams rely on cameras. Missing frames or extra frames cost money and time. It brings stress. If your animation team or FX team do some work that are out of range, it won’t be seen. Then again, it’s a waste of time and money and it affects morale.

The best way to avoid these issues is to manage you camera like an asset. It’s not much extra work and can be achieved by following these simple rules:

Having accurate information about cameras will save you a lot of stress. So be tough with the camera data tracking. All your team will enjoy it and you will sleep better at night!

At CGWire, we develop a production tracker named Kitsu. It’s here to help the production by managing all the heavy lifting for you:

If you are interested, ask for a trial instance and give us your feelings about what we do! 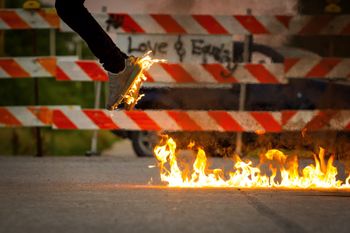 How To Manage Unexpected Urgency In An Animation Movie Production 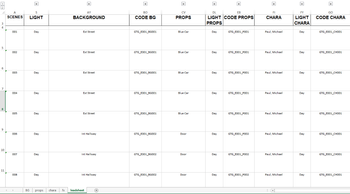