As Production Manager, you are prepared for everything. You have done your schedule for the whole production. You have included all the bank holidays. You know that people will take 2 weeks of vacation during the summer and that no one will be here between Christmas and New Year eve. You have carefully plan your schedule during the school's breaks.

But you know that it won’t be enough. So you add one extra week between all steps. It should help to absorb any delay and can be easily ignored if everything sticks to the schedule.

You have your perfect paper planning. You attend meetings with all your supervisors, director, contractors, anyone who is part of the production. Now you feel prepared! Nothing can stop you, it’s time to print your schedule and hang it into the artist room.

Every Monday morning, you update the weekly schedule for everybody with their priority list. Everything goes according to plan.

However, one day, someone will enter your office holding his weekly schedule, shaking his head and ask: What should I do? … please, stay calm.

Reasons for that are numerous, but mostly it’s due to an unexpected event. Here are a few examples:

Due to the unexpected, your priority list is now incomplete and the consequences are unknown. Even if you had plenty of time to prepare your schedule/priority list, now you have to take decisions in the blink of an eye!

To achieve that, you will need to know as much information as possible about your assets and shots. The more details you can gather, the clever your decision will be.

Focus on the next step needs

When people ask you what they should do, it means, most of the time, you have to decide between two assets or two shots, or between two other entities that should be done during the same period. Prefer the one that is closest to be finished. Don’t overthink your decision. The what is left to do criteria is most of the time the right choice.

At least you will have something finished and the next stage will be able to work with it. It won’t stop your production and you will have one less thing to think about.

This decision will buy you a bit more time to warn your client about a delay or hire new people to help you. The goal is to finish something in order to be able to run other steps on it.

For example, a Modeling Artist will ask you what he should do first between two assets: a car or a table. The car is the only asset missing on some shots to be finished, and the table will appear on a shot where other assets are missing too. In that case, choose the car, you will be able to give work immediately to the animators and then to the lighting artists.

If the assets are both ready to be used by the next stage, then choose the one that will appear in the most shots. It will give work to more people and won’t stop the production.

Do not change priorities until the current work is finished

If you have an urgent task to be done, then avoid as much as possible to switch an artist from an unfinished task to a new one.

Switching tasks is a loss of time because the artist needs to be briefed again. He will have to focus on a new job without clearing his mind from the previous one. He won’t work as fast as he could have. There is also the risk of forgetting the unfinished asset. Worst, the next stage could receive the asset or shot uncompleted.

If you can wait until an asset is finished before starting a new one, it’s a better move for all the production stakeholders.

Be well prepared is the most important thing. It’s important too that you clearly communicate the priorities, don’t do too many things in parallel and focus on what can allow the next step to start.

However, during the lifetime of a production, fires can start everywhere: a client can change is mind, a contractor can be late or one of your main artists can take some days off.
As the production, you need to be one-step ahead of your artists. Your eyes need to be on the current stage, but your mind must be on the next one. It’s the only way to know what to do in case of fire and how to avoid bloating the production. But, being the firemen fixing problems should be the exception, not the norm. Make sure you don’t need to be fireproof to build your next movie like a rockstar!

This blog is dedicated to CG Production Management and CG Pipeline. We have a Slack channel where you can discuss about your own problems/solutions and learn from others. Our vibrant community of TDs and Production Managers will be super happy to welcome you, so join us! 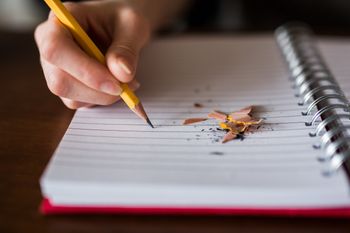 How To Handle Animation Retakes In A Cartoon TV Show 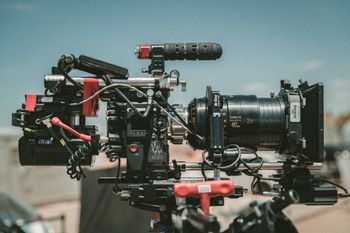 Why tracking your cameras like your assets is mandatory