If you read our previous post, you will know that we were having doubts about our choice of an animation studio. In the end, a visit to the studio visit proved to be the nail in the coffin. The studio was under-equipped, had no immediate staffing, and the agreed budget would not have allowed them to handle the production given their lack of resources.

We had to find a new contractor. For us, there were three significant factors to consider when looking for a new animation studio:

The advantage of encountering issues the first time around meant that we had the opportunity to fine-tune our brief and adapt how we communicate with studios. We already had a lot of scripts available so we could play with economies of scale and any potential obstacles had already been flagged up.

Working with a fixed budget and tight schedule

We finally managed to find a studio to take the production within the time frame and on budget. But since time was short, we needed to minimize the margin for error as much as possible. From the outset, we made sure the studio worked closely with the show’s director and first assistant to get the project off on the right foot.

We took advantage of everything available to us: synopses, outlines, WIP scripts.

A lot of work went into convincing our partners that this last-minute change was for the better. Showing them we had well-prepared battle plan helped, but the animation studio’s reputation was really the deal clincher.

Organization and sharing of tasks

For the project to run as smoothly as possible, we worked hard to compile as much information for the studio and to find ways of working to save time and money on both ends. This is what we found to work best.

In the end, all stakeholders were satisfied. The budget and schedule were respected and The broadcasters were really pleased with the quality of the show. The director was exhausted but happy with the work that had been done.

To facilitate communication and minimize the opportunity for error, do not be afraid to go into detail about everything. You need to be as clear as possible about what you want, even if that changes throughout the production cycle. You need to run your own tests beforehand to ensure that models will work with animation and work with a supervisor to oversee the characters from the beginning.

Once you have chosen your contractor, provide them with the most complete documentation possible. The less room for interpretation, the more efficient the workflow will be. Always remember that a studio will never do better than what was sent to them. We always receive the quality we send. 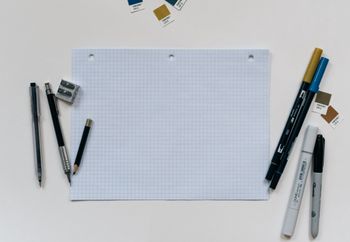 List of the most common files encountered in CGI production