A few years ago, I took on a job managing production at a studio. It was undergoing a full restructure but the financing plan had been agreed and broadcasters locked down.

Everything was on track. Next up: handling production management.

The studio had just sold its first-ever CGI production but all development had been done in 2D. Nevertheless, a toy dealer came in on the deal and bought out the selling rights to the show’s main characters. It looked like it was going to be a huge success!

Scoping out the project

First things first, I started by doing due diligence. I read over the first scripts and got familiar with contracts. The deals with broadcasters and the toy manufacturer seemed pretty standard, but something was off with the draft of the contract with the animation studio. I decided to dig in deeper.

The animation studio had never seen a script or synopsis, so you can imagine my surprise when they were able to provide a quote and delivery based solely on the pitch. Since then, storylines had evolved drastically and the number of main characters increased. And the biggest change: each episode was now set in a different location. The worrying thing was that none of these changes were reflected in the quote.

Next, I turned to the visual guidelines. The 2D characters were beautiful with a distinct cuteness: big heads, small bodies, tiny limbs. The sales materials were equally as beautiful, all in pastel colors. Development has been done by a team of just two, and when I looked more closely, I realized that no modeling or animation tests had been done. Could the characters touch their faces? Could they bend over? What did they look like walking with their tiny legs?

I needed some answers but had nowhere to go — those who had worked on the project had left as part of the restructure. As far as I could see, no time or budget has been dedicated to testing at this stage. “It must be planned for pre-production,” I concluded. I also assumed our animation contractor likely did not have access to the latest 2D designs either.

I decided to go to the source and asked if I could join my producer on his next visit to the studio. Surprised, he turned to me and told me no visit has been planned. I presented my doubts that this mid-sized studio had the capacity to take on our project at the quoted price and he agreed to schedule a visit just a few days later.

At the animation studio

It began with lunch. I tried to air my concerns regarding the many changes that had been made since the first quote. I insisted we wanted to work with them to find a solution that would suit all: to not overwhelm the team, not trim margins and stick to a fixed budget. The production would be long — we needed to get off on the right foot.

Lunch ended and we were given a tour of the studio. The building was old and large, with several small rooms. Each room could easily host 10 graphic designers — even 12 in the winter if they wanted to stay warm!

We see the first room, then a second. Both are empty — not a person in sight. Something was up with the hardware, too. Shockingly few graphics tablets were on the desks and underneath, no computer towers, just disconnected screens, and keyboards on the desks.

I pointed this out to my producer. He’d also noticed that in these warm, south-facing rooms, there was no air conditioning. It was early spring and in our four-man office, it was already stuffy and warm. How do they cope here?!

From room to room, we continue to visit their office. Mentally, I count off the number of artists the space could house. I casually ask if we could bring in more artist if needed.

They take us to see an annex room, this time without insulation or electricity. The office was in such bad state that my producer had huge doubts that we’d be able to start production in 2 months.

“No worries,” the contractor told us. “A little plasterboard, some extension cords and we’re good to go!”

We end the visit in the ‘IT office’. In reality, it was a lone man in the basement, surrounded by 50 half open and partially assembled computers, all from different brands.

“At least we’d solved the mystery of the missing computers,” I thought to myself.

How were they going to render all the footage, with such a poorly equipped studio and outdated hardware? My concerns were growing so I asked the question. The answer? Everything gets rendered at night, apparently…

It was becoming more and more clear that the studio was going to really struggle to support our production. At the end of the day, we sat down to discuss the quote and scheduling. Around the meeting table, the contractor was nothing but reassuring about all the changes. Then, out of the corner of my eye, I see a big whiteboard with their production timeline for the coming year. There is only one line: ours.

It became instantly evident that the studio was willing to do anything and everything to keep this deal, even if it meant under-valuing his work and putting his business in danger.

In mutual agreement with my producer, we decided immediately to begin looking for another contractor for our animation production.

It is important to check several things before signing with an animation studio:

Once that you are sure that those conditions are met, send someone from your team out to the studio. The supervisor will be the touchpoint between the studio and the director.

In the long run, it will save enormous amounts of time and less back and forth trips. The supervisor can quickly identify recurring problems and correct them. In general, you’ll likely see improvements in the overall level of production by having someone to share advice on animation.

Now that you built the right frame to work with your animation studio, prepare to see an increase in productivity and fingers crossed that you will be able to ship your movie on time! 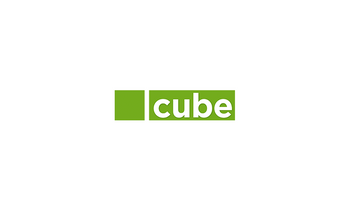